The Inter-Parliamentary Union is a favourite go-to organization for news about democracy and the state of opposition parties. (Canada’s great Paddy Torsney is IPU’s representative to the UN). Each year they release on Human Rights Day a report on violations against Parliamentarians. 2022 has been a troubled year this far. So an early heads up to look for the report. The trend of violence against opposition members continues with new examples of state-sponsored violence. Mark your calendar now.

Congress Party on the March: a non-Gandhi party president in the offing

Opposition International commented during the election that the challenges — and some threats — faced by the opposition parties needed to be taken more seriously. It is no longer good enough to imply, there’s always been trouble at election time.

Take a minute, African activists and political leaders – and others – to appreciate the effort that went into the report!

If a Recession is coming what does it mean for Opposition Parties? A. Prepare for the worst from incumbent governments.

Thanks to Don Boudreaux of Cafe Hayek for the passage from Aligica, Boettke et Tarko’s deep and insightful 2019 book.

Congratulations to Anthony Smith CEO and the crew at WFD new strategy document. It ably sets forth the priorities and activities of the organization. The nature of such documents is that they require a lot of work bringing together bright and usually over-committed individuals to agree on common themes and approaches. The task lies in choosing, synthesizing, and emphasizing the key themes. Everyone involved with democracy and governance has unique interests of greater importance than another, at least to them. What really matters is the commitment to act. www.wfd.org/strategy

For Opposition parties in SE Asia, internet freedom is vital to their survival and growth within a pluralist and competitive political environment. Too quickly digital communications have become digital shackles on political expression and organization. Opposition International joins other groups in calling for greater internet freedom. The goal is not just internet freedom for it’s own technical sake, but for the mobilization of political choices to bring genuine competition in governance and institutional reform. Break the digital shackles that bind the Opposition in South East Asia. Kudos to the Philippines for having the freest internet in the region.

The European Partnership for Democracy is distributing a Reuters story on the Malaysian election that is misleading and prejudicial to the Opposition. “Malaysia’s prime minister, Ismail Sabri Yaakob, forced to dissolved parliament an call early elections, hoping to win a stronger mandate for his party and stabilise the rocky political landscape that has plagued the country over the last four years.” Error one: PM Yaakob of the UMNO party was not forced to call an election by political instability – the Opposition is not to blame for UMNO’s problems with corruption that caused it to lose a 40+ year grip on power. Yaakob bowed to a UMNO elders’ decision that their strong nativist appeal is insurgent in key states. Error two: a “rocky” political landscape is a sign of support for pluralism in Malaysian affairs. The last two years have been the freest politically in memory.

The calling of a surprise election is part of the UMNO strategy to keep the Opposition off-balance and out of office. No one can say that strategy won’t work, despite concerns about corruption and other legal actions.

Opposition International will be following the election closely. The national election is the big contest, but the intricacies of the Malay constitution opens up the possibility of several important state elections.

Citizen Lab at the University of Toronto does groundbreaking work about the abuse on the internet and in private communication links of private communications among the media, activists, and Opposition political figures. Much effort has gone into exposing the deployment of the Pegasus software infestation to spy on individuals deemed as threats by established political and state intelligence interests. Here is a scathing report on the use of Pegasus in Mexico.

What actually surprises me is that anyone in this day and age thinks the government is not actively hacking it’s own citizens. Governments have a 1000 excuses do engaging in wholesale violations of privacy. The possibility for abuse by disaffected persons is immense. Common is divorced men spying on ex-wives. Governments subsidize millions of dollars worth of this harrassment.

The Opposition must fight to survive the contemporary onslaught of surveillance. Worldwide, there are 45,000 agencies who have a duty to respond to Freedom of Information Act (FOIA) requests. Inquiries should not be made frivilously but the fight against the crack cocaine of electronic spying should be part of the war on drugs.

The World Movement for Democracy focuses on the media and journalists. It is up to Opposition party activists to make the case they face the same, indeed, greater challenges from state, private, and police agencies. The media report important stories: the Opposition runs competing candidates in elections where real power is at stake.

The World Movement for Democracy is pleased to welcome Maria Ressa, co-founder and CEO of Rappler and 2021 Nobel Peace Prize winner, as new chairperson of its Steering Committee. Rappler is the top digital news site leading the fight for press freedom in the Philippines. As Chair, Ressa will guide the World Movement’s Steering Committee, which advises and helps mobilize a global network of civil society activists, scholars, parliamentarians, thought leaders, journalists, and funders who are committed to advancing democracy. Ressa succeeds Jose Ramos-Horta, a fellow Nobel Peace Prize winner who served as Chairperson for two years before being elected President of Timor Leste for the second time in March this year.

“Maria Ressa has been an active member of the World Movement community for many years, raising the alarm about the danger of disinformation and the ways that autocracies discredit facts in the information space to destroy democracies,” says Director of the World Movement for Democracy Ryota Jonen. “She spoke at our 2018 Global Assembly in Dakar, Senegal, during our online 2020 Global Assembly, and will participate in our 2022 Global Assembly in Taipei this October. We are thrilled for her to chair the World Movement for Democracy Steering Committee and uplift its efforts to push back on authoritarian narratives by affirming the importance of democratic values and institutions.”

In giving her the 2021 award, the Nobel Committee cited Ressa’s courage and work on disinformation and recognized her “efforts to safeguard freedom of expression, which is a precondition for democracy and lasting peace.” Her other numerous awards include being named Time’s 2018 Person of the Year and listed among its 100 Most Influential People of 2019.

Upon joining the World Movement for Democracy, Ressa remarked, “The huge potential for technology to advance our societies is under enormous threat. Dominant online platforms employ algorithms that are helping displace serious journalism and discourse with disinformation, polarizing narratives, and hate speech. Autocratic regimes invest heavily in sowing social and political conflict, promoting false narratives, threatening and muzzling journalists. These factors have produced a weaponized information space.” She asks the World Movement community to take “radical action to make technology work for humanity, and to build a global public square that protects facts and promotes human rights above power and profits.”  At the upcoming Global Assembly, she will discuss how to win the battle for facts. Read about the Global Assembly here. 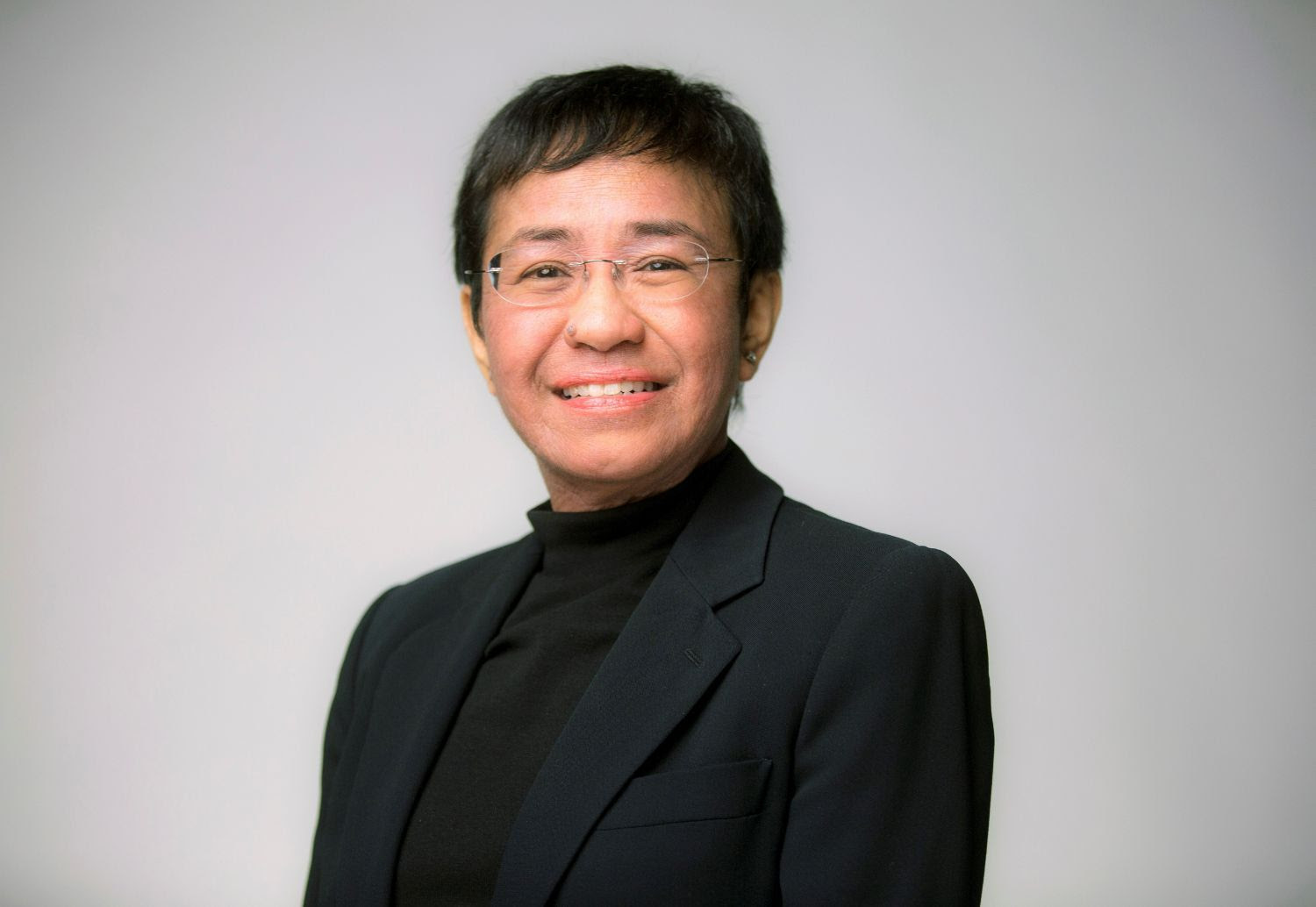 About the World Movement for Democracy

The mothership, The Journal of Democracy, reminds its readers that 2022 marks the 20th anniversary of Steven Levitsky and Lucian A.Way’s important series Elections without Democracy dealing with the rise of competitive authoritarianism. For the student of opposition parties, their lesson is a bit different than intended. In short, power is a competitive pursuit with or without free and fair elections. No matter how authoritarian a government, somebody will seek to grab what they have. The opposition has a choice of defining itself by its principles or by its behaviour as just another pit bull in the ring. A cynic would easily come to conclude few governments see democracy as anything but a nuisance to be imitated but not followed. For the Opposition to take the same stance is to surrender, indeed lose, an important advantage. Even at a cost, the Opposition is expected to hold to a higher standard.

Opposition International’s message is that a democratic victory matters more in the long run than simply pyrrhic winning. There is no road but the long road.

The Sermon on Mount Obvious finished for today.

Democracy and the rights of the Opposition are only an aspiration in Myanmar. A vengeful, disorganized military lurches from one self-seeking repressive action to the next. The state has little authentic meaning in Myanmar: it is not much more than a collection of armed gangs in uniforms.

To that end, other than to just bear witness, research into the abuses of the Opposition in Myanmar has scant impact as a spur to reform. The military has shown no interest in actual governance beyond its own kleptocracy.

All that’s left to do is mobilization. The transformation of Myanmar society into regional fragments may provide the only limited safeguards for civil liberties. Extremism localism will hamstring the military’s abusive ambitions.

The Opposition may end up the only truly national institution. It will ultimately form the successor Estates General.

Foreign Policy magazine has reprinted several of its better articles exploring the topic.

In my experience each electoral contest produces at least one surprise. For example, an issue that takes on unexpected prominence. A leader emerges who speaks for a new group of people or concern. These mutations if you will can determine the election outcome.

NGOs by being the closest observers on the ground can spot them and wield these new developments’ emotional appeal to their advantage in the ongoing effort to bolster democracy’s sway and its wholeness.

The topic deserves further examination. Thanks FP for your contribution. foreignpolicy.com/2022/10/02/ngos-nongovernmental-organizations-problems-crackdown-democracy/

Actual Legislative Change Happens when Opposition and Civil Society Work Together — It Helps Government, Too.

Actual Legislative Change Happens when Opposition and Civil Society Work Together — It Helps Government, Too.